Great news that PhaROS got the 3rd price of the Innovation Technology Awards @ ESUG 2018.

Congrats to all contributors! 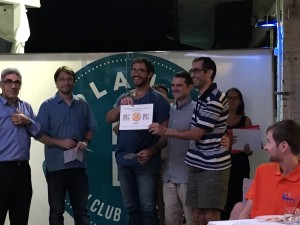 The Pharo MOOC will start october 16th, 2017 on France Université Numérique (FUN).
This MOOC is free and fully available in French and in English.
Registration web page: https://www.fun-mooc.fr/courses/course-v1:inria+41010+session02/about

From the research point of view, Pharo provides a very malleable language to prototype new ideas thanks to its unique and advanced reflective layer.

We are really pleased to announce that a Pharo MOOC (Massive Open Online Course) will be available soon. You can already have a look at its description and its nice teaser ;-) 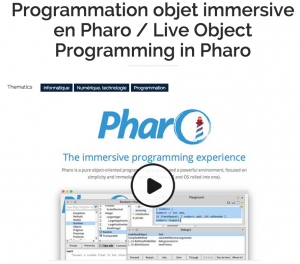 We are pleased to demo our prototype of helper Robot in a shopping mall in Lille during the NSE4 event. The demo consists in guiding visitors to help them to pick products one as shown in previous videos of the RoboShop on this blog. Feel free to come and discuss with us, we are there until October, 24th.

The goal of the RoboShop project is to make a robot for services into a shopping mall. From the hardware point of view, we are using two wheeled robots, equipped with a laser SICK 300 range finder, as well IR and sonar telemeters (see Picture 1). Each robot has a pole that is about 1.5 m heigh. It holds a tablet PC and Pan/Tilt camera.

Picture 1: Robots we use for the RoboShop project

On the software side, we have chosen the ROS middleware. The rational behind this choice is that ROS is backed by an active community, structured around Willow Garage and more recently the Open Source Robotics Foundation (OSRF). On the programming side, we took the reflective language Pharo. As Object-Oriented experts, we believe that Pharo is among the best (if not THE best) object-oriented programming language. Besides, it’s available under a free software license, and it’s community (backed by the INRIA french public research organization dedicated to computer science) is continuously improving it.

The first step was to develop a ROS client in Pharo: PhaROS = PHAro + ROS (initially named RoSt). So far, we have a first complete, running version. We have also developed a ROS node to control our robot. As a first validation, we drove the robot inside our lab and make it build a map (see Picture 2). That was also an opportunity to test our client with a third party ROS node, namely gmapping. We fed this Synchronous Localization And Mapping (SLAM) algorithm with data from the laser embedded on the robot. 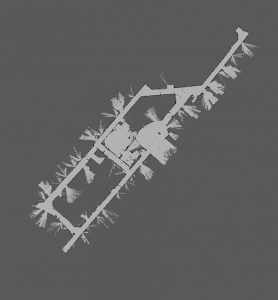 Picture 2: Our lab’s map built by a robot

During the execution of object-oriented applications, several millions of objects are created, used and then collected if they are not referenced. Problems appear when objects are unused but cannot be garbage-collected because they are still referenced from other objects. This is an issue because those objects waste primary memory and applications use more primary memory than they actually need.

Relying on the operating system’s (OS) virtual memory is not always enough since it cannot take into account the domain and structure of applications. At the same time, applications have no easy way to parametrize nor cooperate with memory management.

In our latest paper published in JOT, we present Marea, an efficient application-level object graph swapper for object-oriented programming languages. Its main goal is to offer the programmer a novel solution to handle application-level memory. Developers can instruct our system to release primary memory by swapping out unused yet referenced objects to secondary memory. Our approach has been qualitatively and quantitatively validated. Our experiments and benchmarks on real-world applications show that Marea can reduce the memory footprint between 23% and 36%.